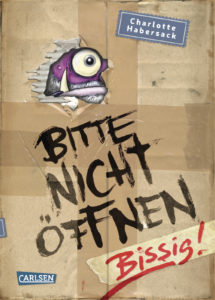 By the best-selling author of “Pippa Pepperkorn”: A heart-warming story in which children have to help a lost creature find its way home again.

“Please don’t open!” is written on the mysterious package which Nemo receives one day. Obviously Nemo opens it … and then three things happen: 1. a greedy yeti knight jumps out, 2. it starts to snow outside – even though it’s the middle of summer, and 3. the yeti starts to grow. Really tall! Two and a half metres tall! While Nemo’s home town descends into snowy chaos, Nemo and his friends are faced with a bit of a problem: how on earth do you hide a yeti? A turbulent race against time ensues …

The second title will be published in summer 2017! Just get in touch with me for further details!

Franziska Gehm describes the typical teenage problems without condescension and turns them into a hilarious story. It has you laughing from the beginning to the end.

The twins Daka and Silvania move from Transylvania to a German suburb. This is not extraordinary except that their father is a vampire, which makes the girls half-vampires. Having lived in a rather vampire-like manner with nightly flight excursions and tick races for entertainment the adjustment to life in the suburbs is not easy for the girls. They constantly fall asleep in school and have the hardest time obeying their mother’s strict no-fly rule. To make things worse their father tries to bite the father of the one girl they want to become friends with, Helene, because he flirted with their mother…

Please get in touch for further details! 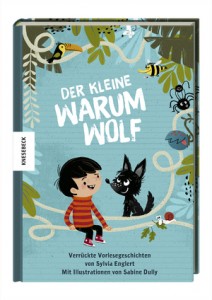 WHY DON’T SWEETS FALL FROM THE SKY? Finn loves going to school, if it weren’t for the boring walk there. But what amazing luck – a little wolf has latched onto him to keep him company on the walk to school. Why does he bombard him with so many questions? Because he’s a Whywolf! And Finn as it so happens is a born storyteller. He explains why humans only have two arms and tells his inquisitive friend where to find the tastiest meat-ball trees. He’s got all the answers and can even answer the oldest question of all – why are bananas bent?

Highly imaginative answers for children who ask a lot of questions woven into a funny story with two lovable characters. Please get in touch for further details.